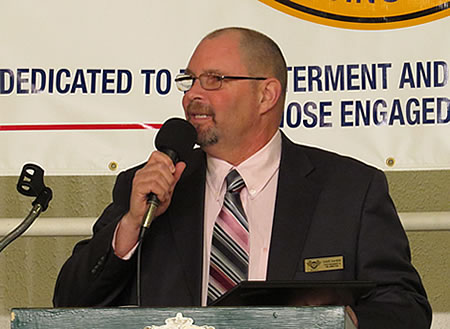 Dave started his association with John Jr. and the Turnbull family in 2002 when He signed up for a test drive of a Legends Car. A few weeks after the test Dave purchased a used Legends Car from John Sr. and the friendship began.  Running four races in 2002 Dave’s love of driving race cars was re-kindled and his love of traveling to different race tracks was born.

Dave was able to win a couple of heat races in 2003 and was tapped to be the Michigan Legends Series Publicity Director and Co-Chaplain with another series competitor. After the 2004 racing season Dave put the race car up for sale but has never left the series and still in 2014 acts as the series P.R. Director and Chaplain.

Over the years the friendship with both John Sr. and John Jr. has grown and flourished and there have been numerous long conversations and much time spent together at race tracks all over the tri-state area. 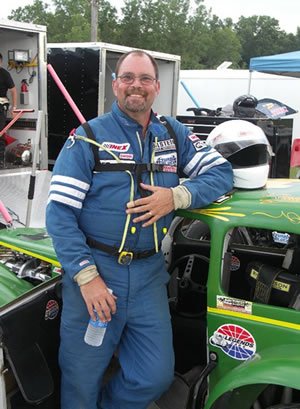 Dave’s racing roots are in Drag Racing where as a youngster, his Dad took him to the now closed Motor City Dragway and indeed on high school weekends, Dave spent many hours at the strip racing his hopped up 1964 Corvair. At the urging of his Supervisor at work Dave went to the Mt. Clemens Race Track in 1977 to watch the bosses Late Model. As soon as he walked through the gates He was hooked on short track racing. Eventually in 1982, Dave started driving in the “Street Stock” division at Mt. Clemens and raced every season until the track closed after the completion of the 1985 racing season.

After a 17 year hiatus from driving Dave returned to the driver’s seat in a Legends Car in 2002 until the end of the 2004 season. Dave has stayed with series doing race write-ups, offering up an invocation before each night’s races and helping to coach some of the younger drivers working their way up. Dave has had some opportunities to return to the driver’s seat and for the past four seasons has been making a few starts in the Michigan Legends “house car”.

Dave also serves on the Board of Directors of both the Michigan Motor Sports Hall of Fame and the Michigan Auto Racing Fan Club where he presently serves as the club’s Vice President while previously serving as Board Member, P.R. Director, and President.

Over the last 12 racing seasons Dave has been watching, working, with, racing against, and helping John Turnbull Jr. in his racing career and while a competitor has been one of his most ardent fans and is proud to be close friends with both Johns and the Turnbull family. 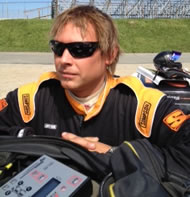